Although for those who have already made a liveaboard diving, what I am going to say may seem obvious, for those divers who decide on their first diving safari, what I write below can be used as a reference, as these are often Diver enters a sea (never better said) of doubts and questions, so here I tell you a bit about the day to liveaboard boat.

First of all I want to say that this I am going to tell you can be applied to a greater or lesser extent to all liveaboard regardless of destination, but to center the blog I will talk about a life on board in the Red Sea, which is the first that normally makes the diver decide for his first diving safari.

A liveaboard diving in the Red Sea usually arrive at night because it is usual to fly from Madrid or Barcelona with Ebyptair which arrive in Hurghada or Sharm el Sheikh almost at midnight. This implies that if we are lucky and make a route in which the ship awaits us in Hurghada or Sharm (the North for example) after a half hour or three quarters of landing we can already be on the ship. If instead we have chosen a South route, the ship is not on arrival, but moored in the southern ports (usually in Port Ghalib) so we wait for four hours or more by taxi, arriving late at night to the boat . Fortunally no problema coming from other Europe countries as U.K with frecuent flights to Hurgada ore ven Marsa Alam.

Well, we are already on board, now they will take us off our shoes and you can take off your shoes because you will be barefoot all week on board until the day of departure or the night before to go down to port. The usual thing is that the diving area (which is where we access the boat) has plastic boxes (similar to fruit boxes) under each bottle, which is where we leave our diving equipment and during the entire safari It will be the same place. We leave equipment and once we have assigned cabin we carry (or with luck we carry) luggage to it. These are usually small and also to share between two divers so the space is not above precisely why they usually make you leave the empty suitcase that they are responsible for saving during the trip so that there is more space in cabin. Once all this has been done and you have a biscuit with a sandwich or, at best, a sandwich, they will tell us when to get up and go to sleep. 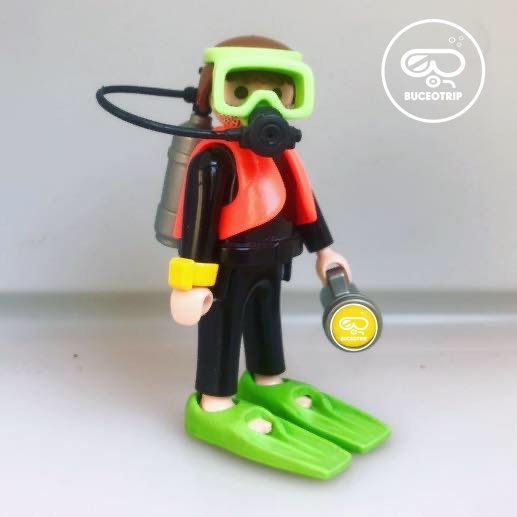 The usual thing is that the first day they let you sleep a bit more since they have to prepare the paperwork so that they authorize you to set sail etc. They will wake you up about 7 with luck, that day the paperwork is done, fill out forms, if I do not have this disease, if I’m not pregnant … check diving insurance, qualifications and those things … once this has been processed and when they have permission of Marina for departure. It is usually done a first “briefing” to report the details of the vessel, the routine on board, procedure in case of emergency and those things.

The first day you also do a “chek dive” to familiarize yourself with the density of the water and know the leads you will need, the Red Sea for example is much more salty than the Mediterranean, in addition to diving with aluminum bottles (which they become positive at 100 bars and pull up as condemned) and that makes the same neoprene need at least a couple of kilos more. That day will be a couple or three of dives in total and depending on the route also a night.

Every self-respecting dive boat has a bell, which is played to announce a “briefing” or to announce that the food is ready. It is also played in case of emergency but this touch is better than you never hear it. So as they say on board, if the bell rings and you have dry hair it is that you play diving and if you have it wet it is that you have to eat.

The usual thing is to wake up no later than 6 in the morning, depending on the area the call for the first dive is usually about 5.30 in the morning. Pass to hit the doors of each cabin and how can you crawl to the dining room or bar where you can make an instant coffee (some, very few, have espresso) and eat some cookies while you wonder what milk you make there. After a short while, “briefing” of the area to dive. Depending on the boat the guide will do it by drawing on the blackboard  (although this method is being disused) or in the living room with an explanatory video of the area that we are going to dive. The dive boats usually have two “zodiacs”, if it is full there will be about twenty divers and there are usually two guides (three on some southern routes like the BDE) so they are distributed on the boats and a first group departure is made and another second group if necessary. The diving area is usually reached in “zodiac” because the boat does not usually get close to the reefs to avoid becoming a wreck. They are not usually long trips, about 5 minutes at most. We go down to the boat equipped and with the bottle on, the fins will be placed once we are on our way.

Upon returning from the first dive you have an inhuman hunger and after giving you a hose in the diving area you hear the bell that in the manner of celestial music indicates that breakfast is ready. Buffette with fruit, cold meats, yogurt, toast jams and a window where on the other side is the cook ready to prepare an omelette. Juices (of pot) water and instant coffee usually complete the feast. Needless to say, the quantity and quality of the food will depend to a great extent on the shipping company that we hire, normally those of “oysters that I have got the boat cheap” tend to give you little and justito quality, those are some of the things that a priori They look at the price when you hire the boat …

After breakfast, you rest a little (the boats usually have a lounge with books, music and TV plus one or several terraces and solarium) until you hear the bell again, this time for the “briefing” of the second dive. Depending on the route, the boat may move between one diving area and another, lengthening the time between dives (which is usually around one hour). After the instructions to the water again. At the exit, same operation as with breakfast, shortly bell and this time we expect lunch, which is also usually buffete. In life on board is eaten soon, and when I say soon I mean that sometimes at 12.30 you have had lunch … time for relax and bell sound, “briefing” of the third dive.

Depending on the route there will be a fourth dive more night or just a fourth after which we can rest again until dinner time, which is also early (which is appreciated to get to bed as soon as possible) and soon after the body He already asks to sleep until the next day.Así suele ser los días de buceo.

The last day on board the boat at noon and usually touches port which makes it possible to go for a walk or even dinner out. The last day on board is when the extras are paid as beer etc and tips are also given to crews and guides. The usual thing is that they put a couple of envelopes where each one puts the amount that they consider or they have recommended to him. Some boats, especially in the Red Sea, usually make a special meal the night before the last one on board, decorate the dining room and the more extroverted crews set up a party with dance and show that is even fun.

The day before the disembarkation, they return to give us the suitcases so that we can make luggage and shoes if we want to go down to stretch our legs.

The day of disembarkation this usually is at dawn since the first flights from Hurghada or Sharm usually leave around 6 or 7 in the morning to link with the flights to Europe.

And is all for today folks.

In this post I am going to talk about the largest marine park that has the Egyptian Red Sea, the…

I would like to share with you my first experience in a diving trip. It had never crossed my mind…

The pulmonary effects of Covid-19 in scuba divers

Categories
Do you need advice on your next trip?
We are at your disposal
Contact