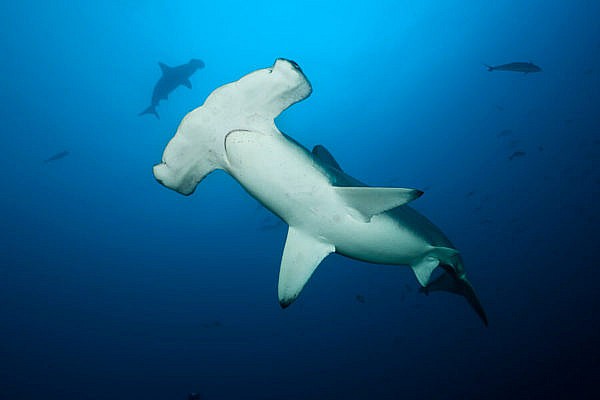 Scuba diving trip to Coco Island, located in the Eastern Tropical Pacific, 300 miles southwest of Cabo Blanco, Costa Rica, is the famous Marine Park of Isla de Coco. A steep but incredibly green island, this World Heritage Site is the spectacular jewel in the crown of many national parks of Costa Rica. In 1994, after several visits back to the island, Jacques Cousteau pronounced on Cocos, “The most beautiful island in the world”.

The island has an irregular coastline, which makes the precise estimation of its land area more a matter of opinion than the science of a surveyor, but it is approximately five miles by two miles (8 x 3 kilometers). Cocos Island was formed during a volcanic uplift about two and a half million years ago and is composed of basalt rock, labradorite and andesite lava flows. Its surface is dotted by four mountain peaks, the highest of which is Cerro Iglesias, which reaches 634 meters above sea level.

Among the many attributes of Cocos Island is a surprising degree of biodiversity. The waters of this world-renowned island explode with life, including innumerable whitetip reef sharks, hammerheads, dolphins, manta rays and rays, giant moray eels, sailfish and, of course, the whale shark. Other common meetings are the large schools of horse mackerel and tuna, silky sharks, silver tips, marlins, creole fish, green turtles and octopuses.

Under the waterfalls and in the rivers, there are freshwater fish that baffle scientists for their very existence. Due to its remote location and the abundance of fresh water, Cocos has been, throughout history, a favorite refueling station for pirates, whalers and sailors.

Day 1 transfer by road from San José to Puntarenas, boarding  at the Sea Hunter liveaboard diving vessel and departure to the Cocos Island, the journey takes about 36 hours. Accommodation on board in double cabin with full board.

Days 4-9 diving around the perimeter of Cocos Island National Park. 3 dives a day. In general, we have two dives scheduled for the morning, from 8 am to 11 am. Another dive after lunch, around 2:30 pm and one more in the afternoon or one night of diving after 6:00 pm. This schedule may vary depending on the conditions of the sea etc.

Day 12 Arrival in Puntarenas, disembarkation and transfer to San Jose airport. End of the dive trip.

PRICE DOES NOT INCLUDE:

from 5.099€
REQUEST A QUOTE
CONTACT
Do you need advice on your next trip?
We are at your disposal
Contact