More than 16,000 islands, here we find ideal diving conditions for both beginners and advanced divers, pleasant water temperature and a unique marine biodiversity. 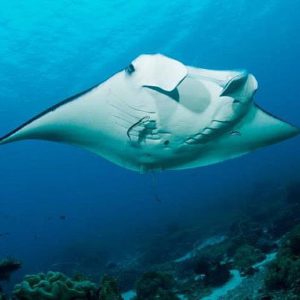 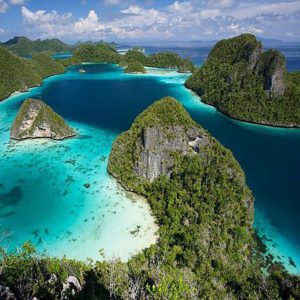 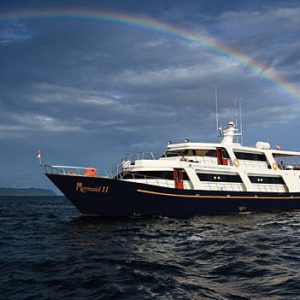 The best of Indonesia 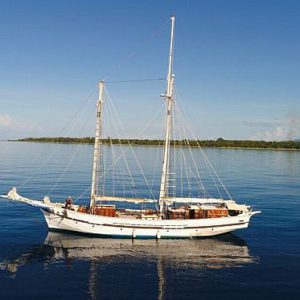 Indonesia is a giant archipelago of 17,508 islands that cover an area of almost 2 million square kilometers. There are islands of all sizes, from the second largest island on the planet as is Borneo to tiny islands such as Gangga Island in North Sulawesi. In total there are 55,000 km of coast.

Indonesia is located in the equator of the earth, which means that its climate is tropical and warm. It has different wet and dry seasons with the East Monsoon (from June to September) that brings the dry climate and the West Monsoon (from December to March) that brings rain. Depending on the area of the country, we go diving, the best time will be our summer or our winter, in each trip card we indicate the best diving season. Air temperatures rarely drop below 20º throughout the year. Much of the country borders the Indian Ocean, while the rest is in the seas of Java, Timor, Banda and Aratura. Only 6,000 of the islands are inhabited, and many of them are remote and far from tourism, with totally virgin sea beds.

Diving in Indonesia is a paradise for all divers whether they are new or more advanced. We can see absolutely everything, from all kind of sharks including the whale, variety of dolphins, turtles, moray eels, cuttlefish, octopus, scorpion fish, pipefish, leaffish, angel fish, all kinds of “Frogfish” from the smallest giant frog fish to Giant Blankets, etc. More than 3,500 species live in Indonesian waters, which has a quarter of all the reefs on the planet, compared to the 1,500 species that can be seen in the Great Australian Barrier Reef or the 600 species that live in the Red Sea.

The great visibility of its waters combined with the rich marine life makes Indonesia a paradise for photographers. Here, for example, we have the opportunity to dive in the Strait of Lembeh, considered the best place in the world for “muck diving” and “macro” photo. Apart from the destinations most known by divers such as Bali, Lombok and Sulawesi, in Indonesia you can dive in remote places very rarely frequented as the Banda Sea and its “ring of fire” or the remote area of Raja Ampat, considered the last frontier of diving and where discoveries of new animal species are frequent.

The water temperature varies a lot from one area to another in the country given its dimensions. There are cold currents in some diving areas. Although in each destination sheet we indicate the temperature of the water, it oscillates between 23 ° and 29 °. We will find a visibility of between 10 and 40 meters.

Indonesia is the largest Muslim country in the world (85% of its population). Many languages are spoken, such as Sudanese, and an infinity of regional dialects. In tourist areas, English is widely spoken, just as Dutch and French are also common.

Indonesia out of the water is a visual wonder, the countryside is full of natural beauty, with some of the best-preserved rainforests on the planet, full of endemic species, its famous orangutans, etc. Also, it is famous its very original culture with unique places like Tana Toraja in Sulawesi or its varied gastronomy. The food in Indonesia has a Chinese touch. Rice is a fundamental part of the Indonesian diet, complemented by fish, coconuts, chili peppers and seasonal fruits and vegetables.

Our liveaboard diving routes in Indonesia

It has been described by many scientists as the richest place for marine life on Earth. Biodiversity is simply amazing with rare underwater creatures wherever you look. During the last years many new species have been discovered in the archipelago composed of nothing more and nothing less than 1,500 islands. Raja Ampat is like the paradise for underwater photography because here we can see all the type of coral that can be dreamed, big fish, and giant blankets. These waters also have attractive wrecks from World War II, such as the superb P-47D Thunderbolt located near Way Island.

This life on board part of Bali and travels an interesting area rich in marine biodiversity to reach the islands of Komodo, a dream for any diver. Great variety of fish, superb and intact coral reefs and numerous reef sharks, in addition to the famous giant blankets.

One of the best life on board that can be done during summer, ideal only for advanced divers.

15 nights on board touring the best of Indonesia. Only twice a year, in May from Raja Ampat to Flores and in November from Flores to Raja Ampat, diving through the Banda Sea in an area of incredible marine biodiversity. Undoubtedly one of the best diving trips that can be done in the world.

12 nights touring the 800 nautical miles by the Banda Sea and “ring of fire” that separate Maumere on the island of Flores and Ambon. One of the best diving routes in the world, where we can dive with hammer schools, see Manta Gigante and a great variety of “macro” fauna.