Diving in Mexico has the best place in the world to observe the Great White Shark, the Guadalupe Island an archipelago heritage of humanity by UNESCO for its marine biodiversity, the Islands of Revillagigedo. Enjoy scuba diving in the Sea of ​​Cortez, one of the places with more marine fauna on the planet. 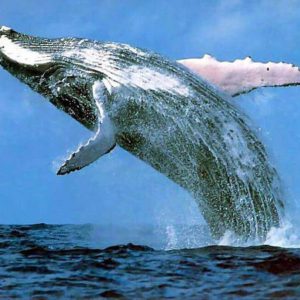 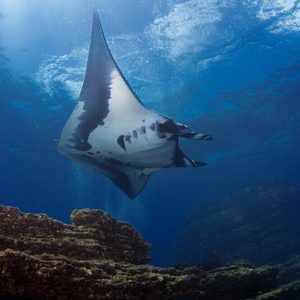 The archipelago of Revillagigedo are islands that are about 280 nautical miles from the southern coast of Baja California in Mexico. Shark Sanctuary, UNESCO has recently named this group of islands a world heritage site for its impressive biodiversity and the great concentration of marine life that we find here. Not in vain do they call them the “Mexican Galapagos”.

From November to May is the diving season in these islands where we can see lots of pelagic, impressive schools of hammers, sharks “Galapeños”, white tips or “longimanus” of the Pacific, just to name a few. We can also dive with dolphins and giant blankets considered by scientists to be the largest that we can see nowadays in the whole planet. If all this does not seem enough, it should also be noted that in February Humpback whales usually enter, an indescribable underwater spectacle, in addition to seeing the tiger shark, or with some luck even Orcas.

Guadalupe is a volcanic island of only 25 km. long and 10 km. wide, which is located in the Atlantic Ocean about 265 km. to the Southwest of Ensenada, in the Baja California region of Mexico. The island has a population of just over 200 people, including farmers, fishermen and Navy personnel, but its population of more than 10,000 fur seals of Guadalupe (Arctocephalus townsendi), its only breeding site, and of elephant seals (Mirounga angustirostris) that attract the great white shark. The island is a seal sanctuary since 1975 and a biosphere reserve.

From the safety of a cage you can enjoy some of the best encounters in the world with these impressive predators. There are only a few points on the planet where you can see great white sharks but without a doubt this is the best of all, both for the clarity and excellent visibility (between 30 and 45 meters), pleasant water temperature, and for the large number and size of specimens that we can observe here. More than 170 white sharks have been cataloged in the waters of Guadalupe Island.

DIVING AT THE SEA OF CORTEZ

The mythical Sea of ​​Cortez, which Jacques Cousteau baptized as “The aquarium of the world” is a sea of ​​an incredible variety of marine fauna. This is a unique 13-day dive trip that runs through the Baja California Mexican Peninsula from port to port from San José del Cabo to Puerto Peñasco, or from Puerto Peñasco to San José del Cabo. This trip includes a great variety of marine fauna that we can see in the North of the Sea of ​​Cortez, such as nudibranchs, blue fish, rays and guitar fish, banks of eels, octopus, sea horses, frog fish and sharks, pelagic life more of the South Sea of ​​Cortez. The divers enjoy 4 dives per day and 2 to 4 night dives in the whole route.