Diving in Sudan, the most virgin and wild Red Sea, reefs in perfect condition, sharks in almost all dives and the best wreck of the entire Red Sea. If we add that there are still few boats diving in the area and that access by plane has improved a lot, we can say that Sudan is one of the diving destinations that you should not miss for anything in the world!

Sudan has several diving routes, North where we can see “Precontinent” by Jacques Cousteau, Sanganeb with its impressive lighthouse or the wreck of Umbria. The South route and the Deep South route is where the largest population of sharks and large pelagic species are concentrated. Finally we can choose the route “the best of Sudan” which is a mixture of both with a longer journey. Visit our Blog to learn more about this interesting dive destination. 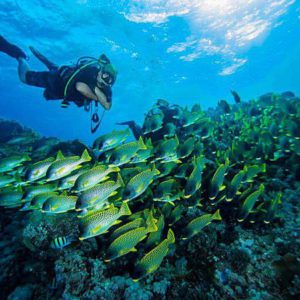 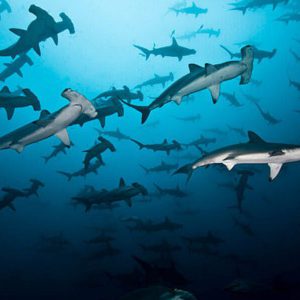 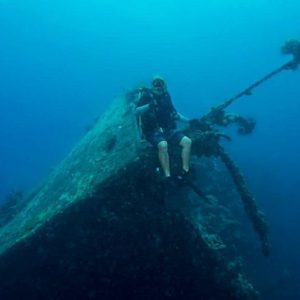 The best of Sudan

Sudan is the largest country in Africa, with its coastline bathed by the Red Sea that runs from southern Egypt to Eritrea. It is a diving destination that any diver should miss, because it is like the Egyptian Red Sea but much more virgin and with much more fauna, as if we had gone back in time.

This destination is pure liveaboard trip, departing from Port Sudan in diving safaris from 7 to 14 nights, depending on the area we want to dive. Here we will find a water temperature of 28º to 29º with a visibility of between 10 and 40 meters.

Most of the diving boats that are in Sudan are the same ones that you will find in the Egyptian Red Sea, which usually go down from December to May. The best time is from March to May, when we have more chances to see hammerheads sharks. The fauna that we will find here is the same one of the Red Sea but in much more abundance, with sharks in most of the dives and some reefs in perfect state. Thanks to the less navigation due that the diving season is short, the sea water and its bottom have kept in an excellent condition.

In addition to its reefs and the large number of sharks that harbor its waters, another of the great attractions of diving in Sudan is to dive in “Precontinente II”, the remains of Jacques Cousteau’s project to live under the sea. The other great attraction is the Umbira, the best wreck of the entire Red Sea, sunk by its captain at the beginning of the Second World War and exceeding in emotion the legendary wreck of the Thistlegorm.

In our Dive Blog section, you can see more information about diving in Sudan.

Our liveaboard routes in Sudan

The North Sudan route is a wonderful combination of spectacular reefs such as “Sanganeb” or “Angarosh“, with mythical places for divers like “Precontinent II“, Jacques Cousteau’s experiment of living under the sea (long before SpongeBob) and the best wreck of all the Red Sea, the Umbria, sunk at the beginning of the Second World War. It is the shortest route and therefore with less navigation. Many divers choose this route the first time they travel to dive in Sudan.

The South route combines the best reefs of the North route as “Sanganeb” and then go south, where you can dive with sharks in “dive sites” as “Protector Reef” and finish in the wreck of Umbira. This is the  best wreck of the entire Red Sea , sunk at the beginning of the Second World War.

The South takes us deep into the most remote and unspoiled reefs of the Red Sea of Sudan, almost bordering Eritrea. This is  an area rarely explored with sharks in almost all the dives, spectacular reefs and abundant marine life. This is the seven-night route in which you sail the most, ideal for those who have already been in the North or those who want to see sharks and more sharks. On this route you do not dive in the Umbria wreck.

ROUTE THE BEST OF SUDAN

14-night route on board that covers all the best diving in Sudan from the North to the farthest reefs in the South. No doubt the most complete route and the best choice to dive in one trip in all the best “dive sites” in the country.