Diving in the Philippines, we recommend the routes of the Tubbataha marine park, the Visayas Islands or the Gulf of Leyte. 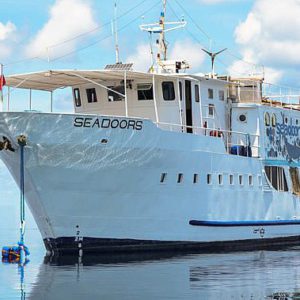 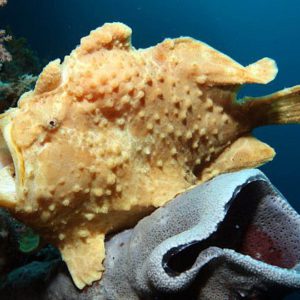 The Philippines is an archipelago with more than 7,000 islands, many of them still unexplored. It is a fantastic country for diving, in its waters we find more than 25 kms of reefs, where 577 species of live coral and more than 952 species of fish, in addition to a great variety of sharks, including the whale and also giant Manta Ray. For the lovers of the “macro” photo and the “muck diving” the Philippines is also, an ideal destination. We can dive in one of the three unique diving areas of the entire planet declared a World Heritage Site by UNESCO, the Tubbataha Marine Park. For lovers of wreck diving, the Philippines is also a paradise, with entire Japanese fleets drowned during the Second World War.

The temperature of the water goes between 25º and 31º and a visibility of between 10 and 30 meters make the dives very pleasant. We can enjoy all year-round excellent conditions for diving except the end of summer, a time when typhoons usually enter and rains a lot.

Out of the water, we find breathtaking landscapes with plenty of rice terraces in the northern part of the Philippines, where primitive tribes still live. Also wonders like the world’s longest navigable underground river 8 kms long that we can see in Puerto Princesa, located in the island of Palawan. It is declared one of the seven natural wonders of the planet. We cannot miss visiting the island of Bohol in the South, with its chocolate mountains, one of the most beautiful landscapes of the Philippines. Here is also the habitat of the smallest primate on the planet. The Spanish past of the Philippines has left among other things an excellent colonial architecture as well as beautiful churches and ancient missions. The Philippines has islands with the most beautiful beaches in the world, in many cases still not massified by tourism.

The cuisine in the Philippines is very rich depending on the area, but as a Southeast Asian country, there are always rice and vegetables. Fish and pork often complete the diet and their fruits are very appreciated.

These are our liveaboard routes in the Philippines

Belonging undoubtedly to one of the ten best diving destinations in the world, the reefs of the Tubbataha Marine Park is a protected marine area of 97,030 hectares in the Sulu Sea off the coast of Palawan. Puerto Princesa is the closest city at 150 km or 10 to 14 hours by boat. UNESCO declared these reefs a world heritage site for their biodiversity. Here we can only dive from mid-March to mid-June because the rest of the year strong currents make diving impracticable. These currents are precisely those that keep these reefs in perfect condition and with an incredible marine life. Visit our Blog if you want to know more about diving in Tubbataha.

The Visayas Islands, south of the Philippines and outside the Typhoon belt have incredible places for diving such as the Malapascua Island North of Cebu. It is known for being a cleaning station for the shark fox and giant blankets. Here we can also see sharks and the night dives are very good. If you like wrecks, Malapascua keeps some secrets, from the ferry Doña Merilyn Wreck sunk by a Typhoon to Pionner, Japanese ship sunk during World War II. An island small in size but large in marine life. To the South of Cebu we find other extraordinary islands, such as Bohol, which has one of the best “dive sites” of all the Philippines, Balicasag, an authentic wonder for the clarity of its waters and the great variety of corals. Visit our Blog if you want to know more about diving in the Visayas.

THE GULF OF LEYTE

Famous worldwide for its wrecks of the Second World War. This area in the East of the Philippines is an extraordinary place for diving, not only because of the combination of wrecks and reefs, but also because here we can see whale sharks among other animals.